Breaking Hegemony: Hopes for True Equality in the Church 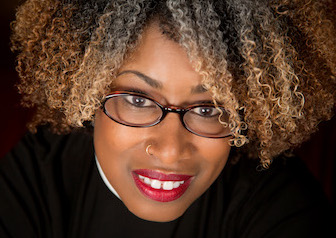 I had the experience of coming into the Episcopal Church with priestly (Elders) ordination in the African Methodist Episcopal Zion Church which had been ordaining women since 1894. Having been nurtured in African Methodism I grew up expecting women’s ordination to be normative across Christianity. I was quite surprised to find it was not. As a relatively young girl I watched the news of the Philadelphia ordinations (and later the consecration of Bishop Barbara Harris) with great excitement even though I was not yet a member of the Episcopal Church.

Having now come into the Episcopal Church it is my hope that movement for women’s equality manifests in true equality of representation and inclusion for all women of every ethnicity, income strata and orientation at every level of the Church. I would like to see the priorities of the church shaped by and reflect the values and priorities of women. In particular, I long to hear the masculinist liturgical hegemony of the church broken, to hear truly inclusive – not just neutral – language in worship, to see and hear in every aspect of worship and every facet of adornment that women are fully half the people of God. Further, I would like to see the women’s equality movement result in equality of representation and participation of all under-represented communities in our church.

Previous: Living Up To What We Teach Our Children
Next: Realizing the Hope of 40 Years Ago

House of Deputies of The Episcopal Church

Copyright © 2012-2023
The General Convention of The Episcopal Church

The House of Deputies newsletter is sent approximately once per month and contains news and information for and about deputies.